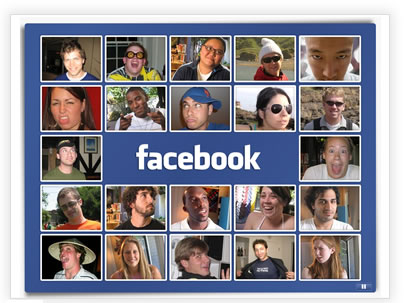 I wrote this a few years ago for a journalism class. I think we’d been reading some critical theory/Marxism-influenced articles in another class so, with all those ideas about equal opportunity and the like swarming around, I decided to write what I thought was a funny, satirical essay about how “the people” were all going to become “comrades” in  journalism, with Facebook taking the place of every other outlet for news media. I thought it was funny, but my professor seemed more disturbed than anything else, so maybe I didn’t really get it right (or maybe I did) . . . I dunno. I’m reblogging it anyway. Check it out:

Our progeny will look back on us and laugh at our arrogance. Professional journalism? Nothing will seem so backwards, so banal, and so reminiscent of late-era capitalist audacity, because the future journalists will be the people, the citizens of the world, and they’ll post their stories through Facebook.

END_OF_DOCUMENT_TOKEN_TO_BE_REPLACED 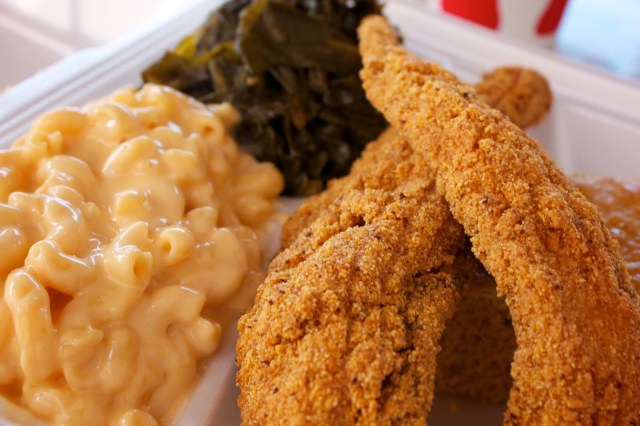 Last month I read an article about a “soul food” controversy in a Northern California school district. When I read about the foods that were so controversial, however, I thought, “This doesn’t seem all that different from ‘Southern’ food.” Although there may be some general differences insofar as how soul food is seasoned and prepared, seasoning and preparation standards can vary widely from person to person. By in large, it seemed to me that we call a certain category of foods “soul food” when we say it comes from the black community, and then we call that same assortment “Southern” when we think of someone like Paula Deen making it.

Food comes from the land, and people in both the black and white communities in the South, living on the same land, draw from the same staple foods that the land produces when deciding what to make for dinner. Since people don’t usually talk about the white community as its own particular community or race, we normally just label the food that white Southerners might prepare or eat as “Southern.” From this perspective, soul food is either “black food” or the black version of Southern food, since the roots of African American culture lie primarily in the South. END_OF_DOCUMENT_TOKEN_TO_BE_REPLACED

Can’t say I’m too surprised that it was struck down, although Congress can technically create a new one (if they can figure out how to get together and get some things done in Washington). I thought the Times summed up the case pretty well.

Shelby County v. Holder and the Future of the Voting Rights Act

Justice Antonin Scalia, who recently came under fire for equating the Voting Rights Act to a racial entitlement.

I first heard about this issue on NPR, but have since listened to so many arguments either for or against striking down the law that I decided to put my faith in Google to figure out what is really going on.   END_OF_DOCUMENT_TOKEN_TO_BE_REPLACED

A recent editorial lamenting the lack of diversity among senior administrators at UPenn reminded me of some of the old diversity issues students and faculty debated when I was an undergrad at Wesleyan. The editorial, penned by UPenn’s Africana department, suggests that the university’s president isn’t really committed to diversity, despite making a show of it on occasion. Like a lot of universities, one of UPenn’s objectives is to have a diverse student and faculty body, and affirmative action programs are one of the means they use to achieve that aim. END_OF_DOCUMENT_TOKEN_TO_BE_REPLACED

I bought this domain about a year ago, and I decided recently that I should probably do something with it. Basically, I’ll be posting links to some of my articles on here, and keeping a blog about current events and whatnot. Stay tuned folks.